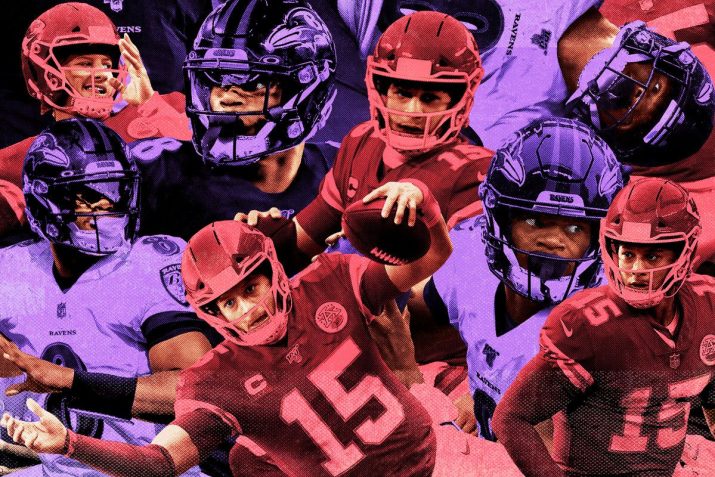 Patrick Lavon Mahomes II (born September 17, 1995) is an American football quarterback for the Kansas City Chiefs of the National Football League (NFL). He is the son of former Major League Baseball (MLB) pitcher Pat Mahomes. He initially played college football and college baseball at Texas Tech University. Following his sophomore year, he quit baseball to focus solely on football. In his junior year, he led all NCAA Division I FBS players in multiple categories including passing yards (5,052 yards) and total touchdowns (53 touchdowns). He then entered the 2017 NFL Draft where he was the tenth overall selection by the Kansas City Chiefs.