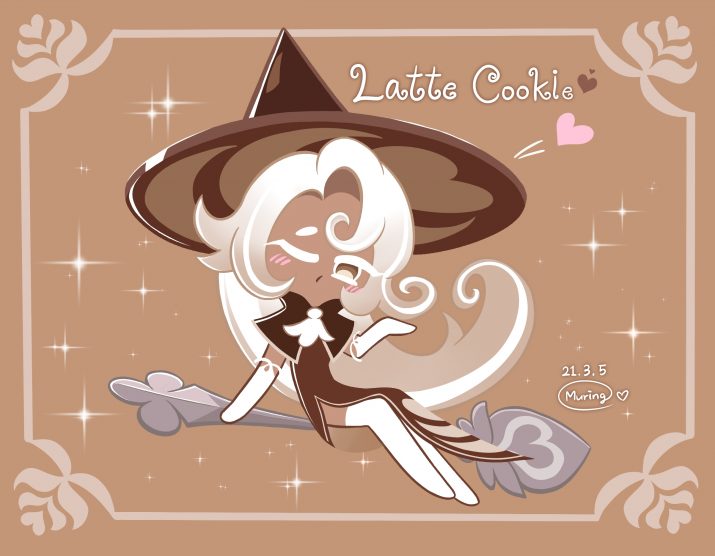 She has long, swirly white hair with a brown, witch-like hat on her head. Her eyes are a shade of mocha, similar to her hat. She wears white gloves and stockings, along with a deep coffee-colored dress with lighter brown-colored patterns resembling traditional cappuccino art of a heart, matching the pattern on the underside of her hat. She uses a demitasse spoon as a staff.