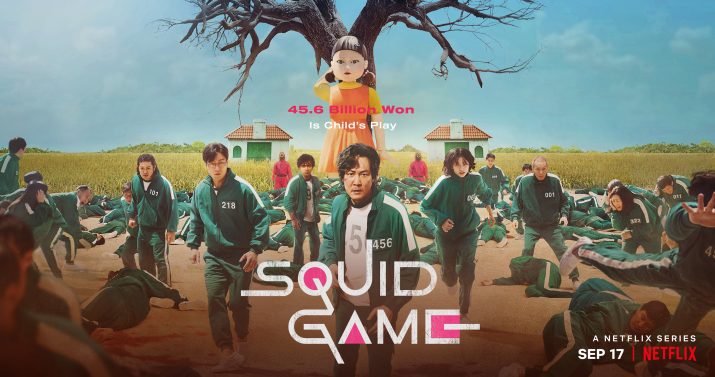 Squid Game is a South Korean survival drama television series streaming on Netflix. It was written and directed by Hwang Dong-hyuk, and stars Lee Jung-jae, Park Hae-soo, O Yeong-su, Wi Ha-joon, Jung Ho-yeon, Heo Sung-tae, Anupam Tripathi, and Kim Joo-ryoung. It tells the story of a group of 456 people who are invited to risk their lives in a mysterious survival game with a ₩45.6 billion (US$38.7 million) prize. It was released worldwide on September 17, 2021, and distributed by Netflix.