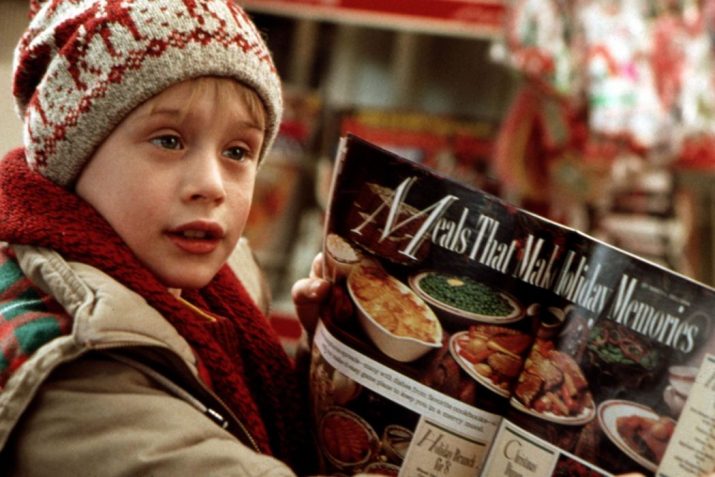 Home Alone is a 1990 American Christmas family comedy film written and produced by John Hughes and directed by Chris Columbus. It stars Macaulay Culkin, Joe Pesci, Daniel Stern, John Heard, and Catherine O’Hara. The film follows Kevin (Culkin), an eight-year-old boy, who must defend his home from two burglars, Harry and Marv (Pesci and Stern), after his family accidentally leaves him behind on their vacation. It was filmed between February and May 1990 in a variety of locations throughout Illinois. The film was originally meant to be distributed by Warner Bros., but was transferred to 20th Century Fox when Hughes exceeded the $10 million limit that had been imposed on the film’s budget by Warner.

Home Alone premiered on November 10, 1990, in Chicago, and entered wide release in the United States on November 16, 1990. With a total gross of $476.7 million, it held the record for the highest-grossing live-action comedy ever, until it was overtaken by The Hangover Part II in 2011. The film received two Golden Globe Award nominations for Best Motion Picture – Musical or Comedy and Best Actor in a Motion Picture – Musical or Comedy for Culkin, as well as two Academy Award nominations for Best Original Score, which was composed by John Williams, and Best Original Song for “Somewhere in My Memory”. Home Alone spawned a successful film franchise that started with the 1992 sequel Home Alone 2: Lost in New York, which is the only Home Alone sequel to have most of the original cast reprising their roles.