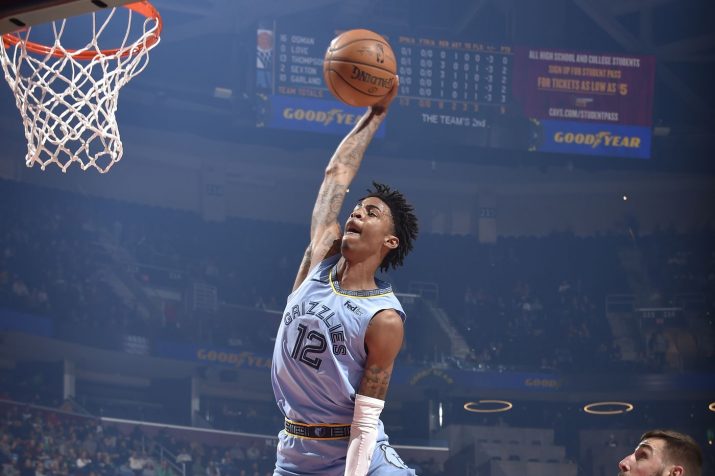 Temetrius Jamel “Ja” Morant (born August 10, 1999) is an American professional basketball player for the Memphis Grizzlies of the National Basketball Association (NBA). He played college basketball for the Murray State Racers, where he was a consensus first-team All-American as a sophomore in 2019. He was selected by the Grizzlies with the second overall pick in the 2019 NBA draft.

Morant was only lightly recruited by NCAA Division I programs and unranked by recruiting services; this was despite having been named All-Region Most Valuable Player three times and earning All-State honors at Crestwood High School in Sumter, South Carolina. Nevertheless, he made an immediate impact at Murray State University, earning first-team all-conference honors in the Ohio Valley Conference (OVC) as a freshman. He had a breakout sophomore season; it saw him win OVC Player of the Year as well as lead the NCAA in assists. Also as a sophomore, Morant became the first player in NCAA history to average 20-plus points and 10-plus assists per game for a single season.