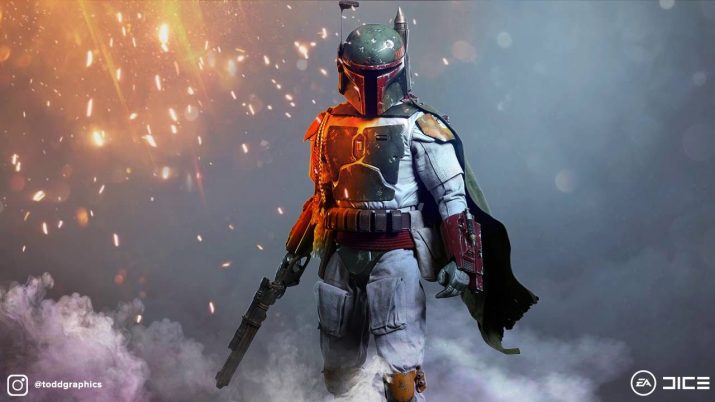 Boba Fett is a fictional character in the Star Wars franchise created by George Lucas. He is a Mandalorian bounty hunter featured in both the original and prequel film trilogies, but first appeared in the non-canonical Star Wars Holiday Special (1978), voiced by Don Francks. In the original trilogy, the character is a supporting antagonist and was mainly portrayed by Jeremy Bulloch and voiced by Jason Wingreen.