Champion (or alternatively also stylized as Champion U.S.A.) is an American manufacturer of clothing, specializing in sportswear. The brand is a subsidiary of Hanesbrands (based in Winston-Salem, North Carolina), which was spun off by the Sara Lee Corporation in 2006. The company was originally based in Rochester, New York, prior to its acquisition by Sara Lee in 1989. 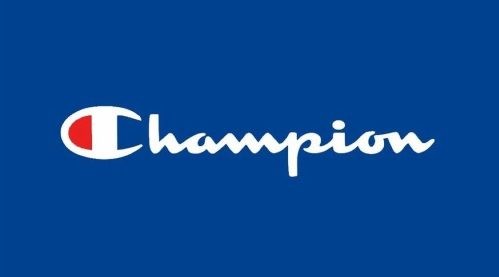 The company was established in 1919 by the Feinbloom brothers  as “Knickerbocker Knitting Company.” The company soon signed an agreement with the Michigan Wolverines to produce uniforms for their teams. In the 1930s the company was renamed “Champion Knitting Mills Inc.”, producing sweatshirts. Soon after, Champion products would be adopted by the US Military Academy to be used during training exercises and physical education classes.

Champion was acquired by Sara Lee Corporation in 1989. Champion produced uniforms for all the NBA teams during the 1990s and some NFL teams during the 1970s to the 1990s, for both on-field and retail purposes. It has also produced sportswear for many major colleges. Champion was also the kit manufacturer of the Olympic basketball team that competed at the 1992 Summer Olympics.

From the mid-1980s to the mid-1990s, it was a very common fashion trend to see girls and guys of all ages wearing Champion sweatshirts over a turtleneck and over jeans with slouch socks and sneakers. Girls of all ages and adults also wore the sweatshirts oversized or extra-long with leggings and slouch socks and athletic sneakers, Keds or boat shoes. Today, Champion is now considered a very well known brand.

From 2008, Champion produced kits for Premier League side, Wigan Athletic, the Wales national football team and the jersey of the Greek basketball team,also Pallacanestro Cantù, in Italy.

For many years Champion supplied the athletic uniforms for the Notre Dame Fighting Irish. In 2001 Notre Dame signed a five-year exclusive agreement with Adidas, which ended a partnership Champion had with the university that spanned over 50 years.