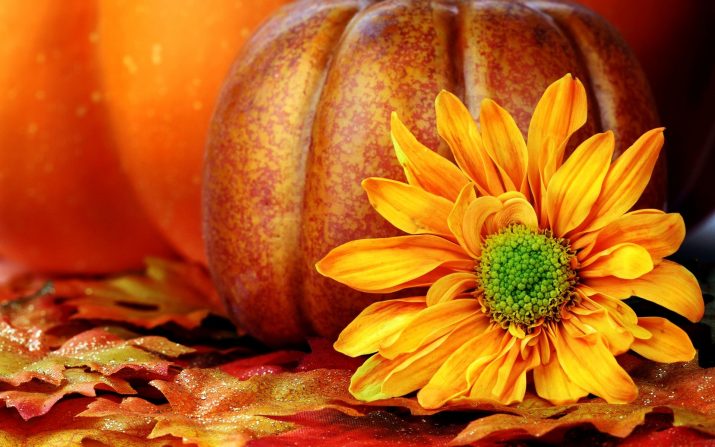 A pumpkin is a cultivar of winter squash that is round with smooth, slightly ribbed skin, and is most often deep yellow to orange in coloration. The thick shell contains the seeds and pulp. The name is most commonly used for cultivars of Cucurbita pepo, but some cultivars of Cucurbita maxima, C. argyrosperma, and C. moschata with similar appearance are also sometimes called “pumpkin”.

Native to North America (northeastern Mexico and the southern United States), pumpkins are one of the oldest domesticated plants, having been used as early as 7,500 to 5,000 BC. Pumpkins are widely grown for commercial use and as food, aesthetics, and recreational purposes. Pumpkin pie, for instance, is a traditional part of Thanksgiving meals in Canada and the United States, and pumpkins are frequently carved as jack-o’-lanterns for decoration around Halloween, although commercially canned pumpkin purée and pumpkin pie fillings are usually made from different kinds of winter squash than the ones used for jack-o’-lanterns .