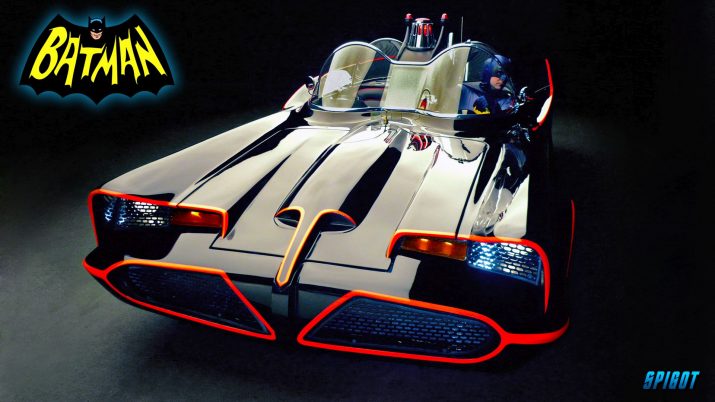 The Batmobile is the fictional car driven by the vigilante Batman. Housed in the Batcave, which it accesses through a hidden entrance, the Batmobile is both a heavily armored tactical assault vehicle and a personalized custom-built pursuit and capture vehicle that is used by Batman in his fight against crime. Using the latest civilian performance technology, coupled with prototype military-grade hardware—most of which was developed by Wayne Enterprises—Batman creates an imposing hybrid monster to prowl the streets of Gotham City.

The Batmobile first appeared in Detective Comics  (May 1939), where it was depicted as an ordinary-looking red car. Its appearance has varied but, since its earliest appearances, the Batmobile has had a prominent bat motif, typically including wing-shaped tailfins. Armored in the early stages of Batman’s career, it has been customized over time and is the most technologically advanced crime-fighting asset in Batman’s arsenal. Depictions of the vehicle have evolved along with the character, with each incarnation reflecting evolving car technologies. It has been portrayed as having many uses, such as vehicular pursuit, prisoner transportation, anti-tank warfare, riot control, and as a mobile crime lab. In some depictions, the Batmobile has individually articulated wheel mounts and is able to be driven unmanned or can be remotely operated. It has appeared in every Batman iteration—from comic books and television to films and video games—and has since become part of popular culture.