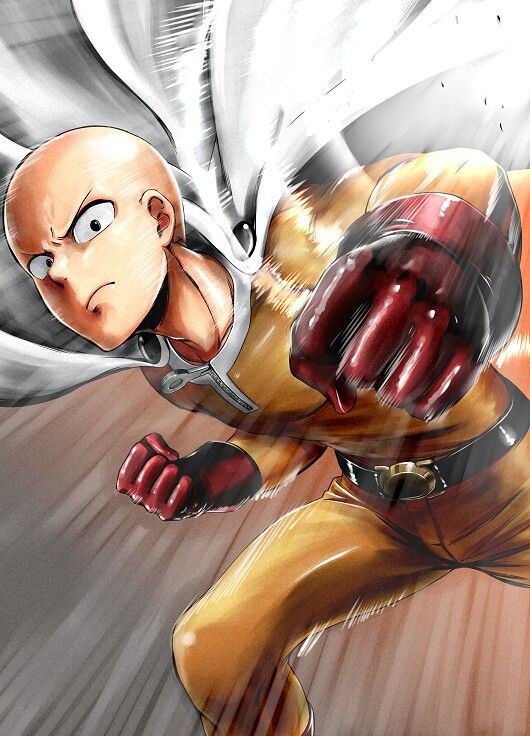 Saitama (サイタマ, Saitama) is the main protagonist of the series and the titular One-Punch Man and the most powerful being to exist in the series. Saitama faces a self-imposed existential crisis, as he is now too powerful to gain any thrill from battle.

Initially just a hero for fun,Saitama later registers to be a professional hero for the Hero Association and defends his home in Z-City from monsters, villains, and other threats. Under the Hero Association, he is assigned the hero name Caped Baldy (ハゲマント, Hagemanto; Viz: Bald Cape)and is currently ranked 7 in the B-Class