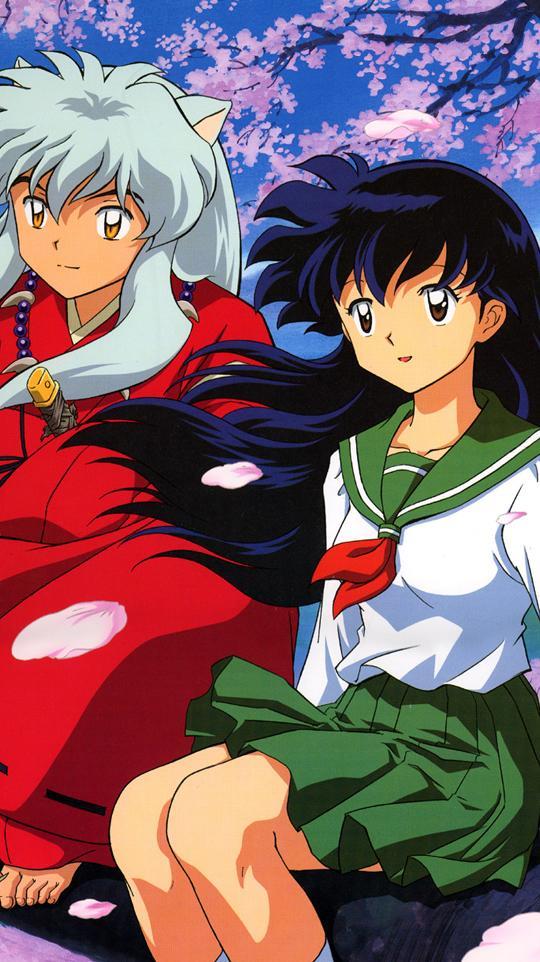 Inuyasha  is the main protagonist, as well as the title character, in the manga series InuYasha and its anime adaptation. The half-demon son of a great demon father, known as the Inu no Taishō, and a human mother named Izayoi; he was bound to a sacred tree by a magical arrow from the priestess Kikyō’s bow while attempting to capture the Shikon Jewel. Inuyasha sought the Jewel, thinking it could transform him into a full-fledged demon. Kagome Higurashi, Kikyō’s reincarnation, released him from this spell, but soon after, she accidentally shattered the Shikon no Tama into hundreds of fragments. They reluctantly agreed to work together as a team on Kaede’s behalf to recover all of the fragments that had scattered across Feudal Japan before they fell into the wrong hands. Over time they developed a close bond and eventually fell in love and got married.