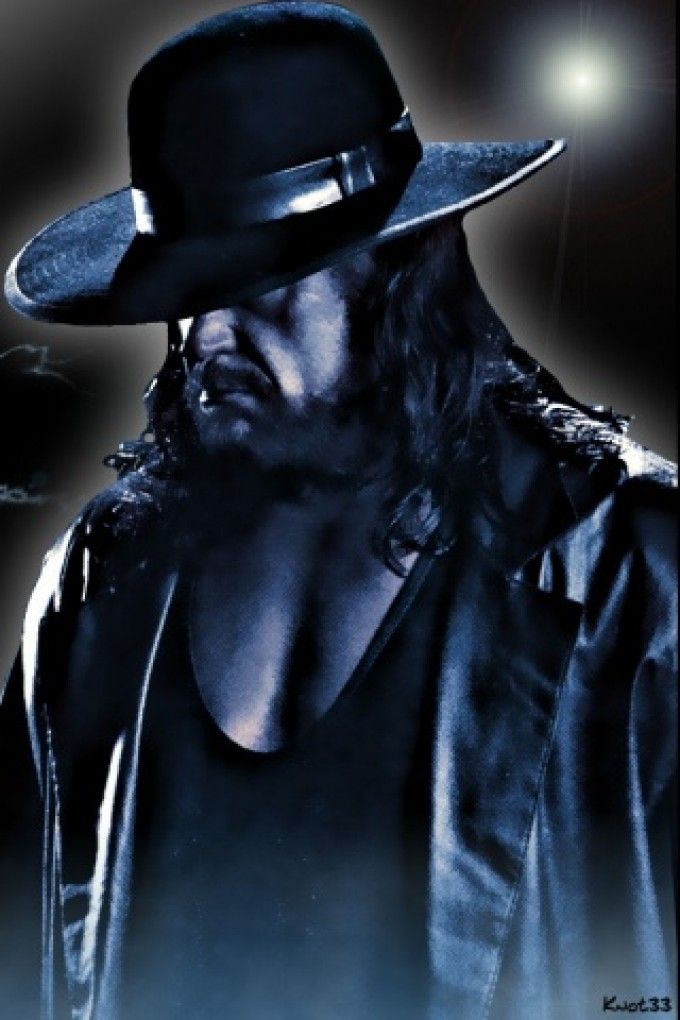 Mark William Calaway (born March 24, 1965), better known by the ring name The Undertaker, is an American retired professional wrestler. He is currently signed to WWE.[4]

Calaway began his career in 1987, working as various gimmicks for World Class Championship Wrestling (WCCW) and other affiliate promotions, and he became USWA Unified World Heavyweight Champion and WCWA Texas Heavyweight Champion during this time. After signing with World Championship Wrestling (WCW) in 1989, he had a brief stint in the mid-card as “Mean Mark” Callous, before joining the World Wrestling Federation (WWF, now WWE) in 1990.

Calaway was rebranded as “The Undertaker” in the WWF, and gained significant mainstream popularity as a horror-themed, macabre entity who employed scare tactics and held links to the supernatural. The longest-tenured wrestler in company history at 30 years, The Undertaker was one of the most prominent figures of the Attitude Era, a boom period in the company’s business in the latter 1990s. His character transitioned into a biker in the early 2000s, before returning to a refined version of his previous gimmick in 2004. The Undertaker is heavily associated with WWE’s flagship annual event, WrestleMania, where he became known for The Streak, a series of 21 straight victories, and he headlined the event on five occasions.[a]

He is also known for his pairing with storyline half-brother Kane, with whom he has alternatively feuded or teamed as The Brothers of Destruction since 1997. With Kane, he held the WWF and WCW World Tag Team Championships during The Invasion storyline. Widely regarded as one of the greatest professional wrestlers of all time,[8] The Undertaker is a seven-time world heavyweight champion in WWF/E, having held the WWF/E Championship four times and World Heavyweight Championship three times.