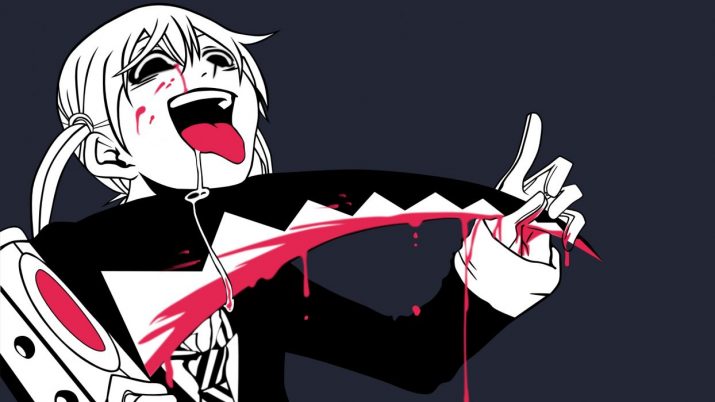 Soul Eater is a Japanese manga series written and illustrated by Atsushi Ōkubo. Set at the “Death Weapon Meister Academy”, the series revolves around three teams, each consisting of a weapon meister and (at least one) weapon that can transform into a humanoid. Trying to make the latter a “death scythe” and thus fit for use by the academy’s headmaster Shinigami, the personification of death, they must collect the souls of 99 evil humans and one witch, in that order; otherwise, they will have to start all over again.

The manga was published by Square Enix, and was first released in 2003 as three separate one-shots; the first two published in two Gangan Powered special editions and the last one in Gangan Wing. The manga was then regular serialized in Square Enix’s Monthly Shōnen Gangan magazine from May 2004 to August 2013. A 51-episode anime television series adaptation produced by Bones aired in Japan on TV Tokyo from April 2008 to March 2009. The series has also spawned a drama CD, an art book, and three video games. A manga series spin-off, titled Soul Eater Not!, was serialized in Monthly Shōnen Gangan from January 2011 to November 2014.

The manga has been licensed for distribution in North America by Yen Press. The English translation of Soul Eater was serialized in Yen Press’ Yen Plus manga anthology magazine starting in July 2008, and the first manga volume was released in October 2009. The anime has been licensed by Funimation.

The Soul Eater manga had 19.6 million copies in circulation as of July 2019. Both the manga and anime series have been overall well received, specially for its art style and Gothic setting, often compared by critics to Tim Burton’s works like The Nightmare Before Christmas. The series, however, has been criticized for its use of fanservice and similarity to other shōnen series